You are at:Home»Latest»Photos: Rennes Train at ‘Special’ Celtic Park

Their manager, Julian Stephan was full of praise for Celtic Park as he described the stadium and its fans as ‘special’. The manager of the French Cup winners, who defeated PSG in the final, will be keen to rectify part of the disappointment that this season’s campaign has delivered. 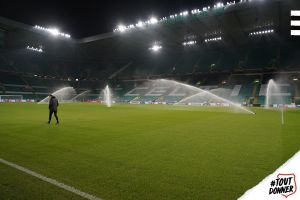 The pair drew 1-1 in Rennes in September and whilst Celtic have already qualified for the Last 32; however a victory would seal top spot.

Meanwhile, the Brittany-side are already out of Europe and manager Stephan had previously suggested that he may use the match as an opportunity to give game-time to some of his younger players.

Rennes manager, Stephan was full of compliments for Celtic Park ahead of the fixture as he spoke to L’Equipe. 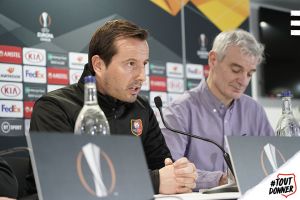 “There is a special atmosphere created by the fans. We feel a strong bond with them. It is something that allows a lot of intensity. We know that it plays out here from start to finish, without calculations.

“This is interesting and quite extraordinary. Playing in these conditions is an incredible and exciting challenge.”

Rennes face an important clash on Sunday versus St Etienne so it could be expected that the French side may be tempted to rest a few of their star performers as they look to arrest the decline in form.

RENNES manager Julien Stéphan has left behind his top two stars in France as he looks towards the Ligue 1 match at the weekend against St Etienne rather than tonight’s Group stage Europa League match at Celtic Park.

Rennes have already been eliminated after picking up just one point from four matches, in the opening day 1-1 draw with the Scottish Champions at the Roazhon Park stadium in Brittany, and the French Cup winning boss is now focusing on getting his domestic form back on track after the latest set-back at the weekend.

“Julien Stéphan has unveiled a group of 21 players without Niang or Camavinga to try to win at Celtic Park,” Ligue 1 Conforama has tweeted.

TOP STRIKER  MISSING Rennes have left Niang in France – The Senegal striker M’Baye Niang was Rennes top scorer last season with 14 goals, helping them to win the French Cup. He was on loan from Italian side Torino and Rennes activated a buy-out cause in May to sign the goalscorer on a permanent deal. At the time the player had this to say about signing for Rennes: 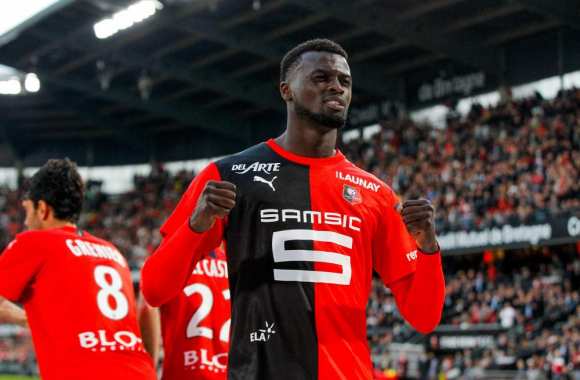 “I am very happy to continue the adventure with Stade Rennais FC,” Niang told the club’s website. “I had expressed my desire to stay several weeks ago and I knew they wanted the same. I feel good here, the season has been exceptional.

“I want to continue and give back the confidence that the President has granted me in my loan and continue to grant me today with this option. Stade Rennais FC is an ambitious club and I am very happy to be part of this project.”

His goalscorer threat not being something for Neil Lennon to worry about is indeed a bonus for Celtic who are looking to win the Group tonight with a win and Cluj dropping points in Rome.

NO TEENAGE ‘SUPERSTAR’ – Eduardo Camavinga not in squad – He’s the hottest property in the Rennes team and a team-mate of Odsonne Edouard in the French Under 21 side. Eduardo Camavinga is a defensive midfielder who is currently being linked with a 50 Million Euro move and the likes of Real Madrid, Barcelona and Manchester United have all been linked with the 17 year old star. Indeed the Rennes President has also claimed that the player is worth 70 million Euro with the French manager Didier Deschamps apparently considering giving him a full senior cap with the World Champions. 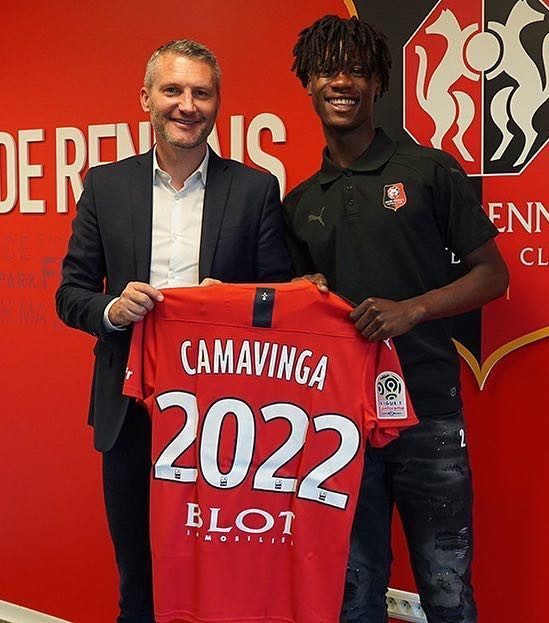 Camavinga, who made the list of France’s most promising young stars published by L’Équipe, won’t be at Celtic Park tonight which might make Ryan Christie or Tom Rogic’s evening a touch more enjoyable!