You are at:Home»Bookshop»This result left the Rangers “downcast” – David Potter

The League had gone into a sort of hibernation over the winter months with all the Cup commitments, not to mention a few games postponed because of bad weather, but things resumed on 18 March 1893 with a 5-1 win over Dumbarton at Celtic Park.

There followed away victories over Renton and Third Lanark (McMahon scoring a hat-trick in the 6-0 defeat of the Cathkin side) and then came the decisive victory over Rangers on 29 April.

It was a nice, bright but breezy day at Celtic Park with about 14,000 present.

Rangers had a big support with them but it is important to realise that the great rivalry had not yet developed. Rangers represented the west of Glasgow and attracted men from the shipyards, but there was as yet nothing sectarian about them.

Yet, even at this early stage we find Celtic frequently referred to in newspapers as “the Irishmen” and it was perhaps only natural that the supporters of the only team big enough to challenge them would begin to look on themselves as “the Scotsmen”.

Celtic won the toss and played with the westerly wind behind them. They were two goals up at half time, their goals coming from fierce shots from a distance from James Kelly and Johnny Campbell.

Rangers supporters might have expected a revival in the second half when they had the benefit of the wind, but Celtic played the ball around sensibly and scored a third near the end through Sandy McMahon.

This result left the Rangers “downcast”, according to the Press and more or less won the Scottish League for Celtic.

They were still however behind for they had 25 points from 14 games whereas Rangers who had played 17 games had 26 points. (18 games to be played and 2 points for a win). But three of Celtic’s remaining games were at home against St Mirren, Leith Athletic and Third Lanark, and the other game was at Clyde…

Extract from How The League was Won 49 Times, by David Potter, with kind permission from David Potter.

When you order David Potter’s new book, Celtic How the League was Won 49 Times, we’ll give you a free copy of The Winds of Change – Managing Celtic 1991-2005. Order here for fast delivery …https://t.co/KiM0wNYqza pic.twitter.com/i2cLEhZId5 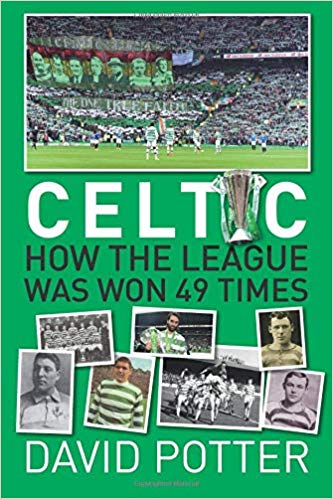 Special Offer – order David Potter’s new book and receive a free copy of The Winds of Change! Click on cover to order.

Previous ArticleMcKenna, MacLean and Menga – 3 red card offenders missed by referees for fouls on Celtic stars
Next Article The Brexit Balls-up, Boyata and the overseas Bhoys